Learning and Leading with Tech

Pablo Guzman, an 11th grader at Bright Star Secondary Charter Academy, spent his summer with Teens Exploring Technology (TXT), an organization that “use[s] coding as the catalyst to take young men of color and turn them into technology leaders who build positive communities.” We sat down with Pablo to learn more about his summer experience.

Bright Star Schools: What is Teens Exploring Technology (TXT) and why did you want to pursue it? How does it fit into what you want to do in your career?

What drove me to apply was the opportunity to meet new people and explore business and computers. TXT focuses on young men of color, and your GPA doesn’t matter, your background doesn’t matter. They’re looking for students who are hungry to learn more and elaborate on their ideas together.

BSS: What did you do this summer with TXT?

PG: The program was 12 weeks, and it started as soon as school ended. The first week, we went to camp. There were about 65 students this year, and at camp, we didn’t use any technology, we just talked together. We learned life skills, team collaboration, and reflected on what we learned and what we can improve upon. We developed the mindset to know ourselves better and improve ourselves.

The days were intense. One of the phrases I’ll remember is, “Be comfortable with being uncomfortable.” In camp, we came together over a campfire and became vulnerable talking about ourselves.

After camp, the program began at USC and we went there every day from Tuesdays to Saturdays. We were introduced to the technology side, and we developed a problem statement that was unique, and then we came up with a solution using technology.

PG: No one knew coding or technology. But when you come out, you know a lot about coding. We did full stack coding computer science, and I was in a group of four that was put together based on our strengths and ideas.

With these three other students from different backgrounds and high schools, we came up with one problem statement that we then needed to elaborate and create an app to solve and put it into market. 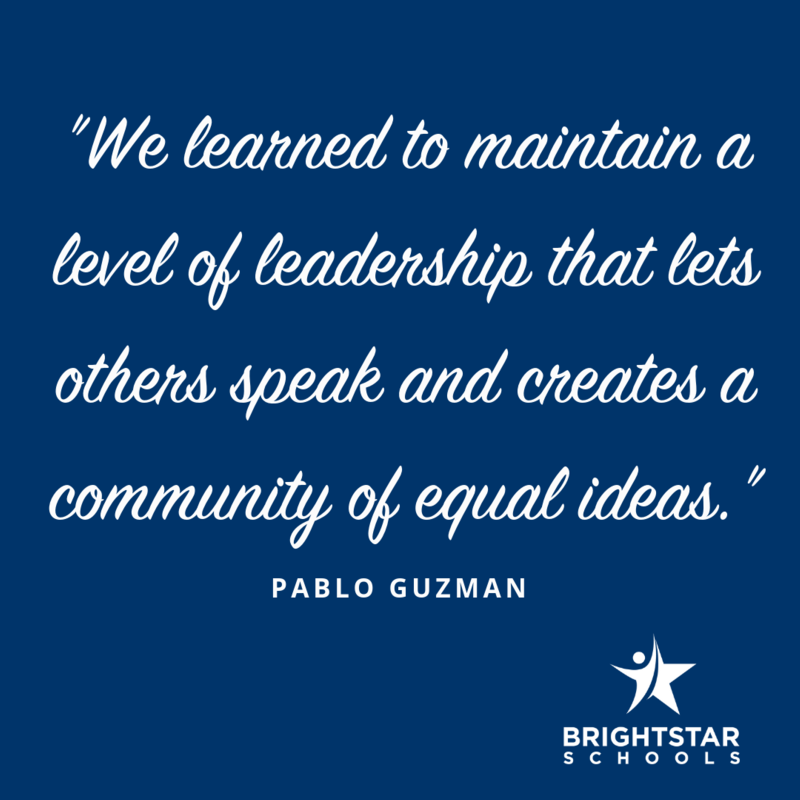 BSS: What did you learn in addition to tech aspects of the program?

PG: We also learned business development of creative thinking and how entrepreneurs learn and develop ideas. We learned about design thinking and about empathizing with the community, so that the app we develop is useful and fun for the people we were catering to.

TXT gave us a lot of resources. We were given an electronic book, The Lean Startup, and we learned how to iterate ideas. One of the big phrases I’ll remember is, “Fail fast, fail cheap.”

All of the skills we learned I remember. We became leaders and were given opportunities to speak up. We learned to maintain a level of leadership that lets others speak and creates a community of equal ideas.

BSS: What was creating and marketing your app like?

PG: After learning how to make an app and the coding and business aspects, my team chose our problem statement, and then developed the app on computer with coding.

We went out and interviewed a lot of people to have a really strong app. We did around 20 surveys around USC and the whole community to try to gain insight about what the community wants.

Our problem statement was that English Language Learners aren’t learning English efficiently, which results in low graduation rates, and affects their self esteem. Our app was a MVP (minimum viable product), and had features like Facetime and texting. Facetime was most important aspect because through research we found that having a virtual face-to-face conversation would improve how English Language Learners speak and increase their confidence so they’re more comfortable and confident in the world.

To create and market the app, we had four different roles -- scrum master, developer, product manager, and UI/UX designer. The developer develops the app with code with the help of the group; the scrum master and the product manager revise and make the budget; the UI/UX designer was in charge of how the app looks in Figma; and we all made the presentation of the app.

In the last week of the program, we pitched the product and the app to investors. There were nine judges and was like a mini science fair and we dressed professionally. In the second round, there were five judges who were all professional entrepreneurs. One was the Chief of IT at Snapchat.

BSS: What was it like to meet entrepreneurs in the sector?

PG: It was a really nice experience to speak to people that are in high ranking jobs and to have the opportunity to network with a lot of different areas of technology.

Every week we had a different guest speaker -- from SpaceX, Transit, and the USC CIO Douglas Shook. Since we were part of TXT, next year we’ll be given opportunities to apply to internships with them.

Three trips were also awarded to the people who put in the work, who are outstanding, or who improved. We visited Riot Games, Snapchat, and Tinder.

BSS: What other memorable experiences did you have?

PG: There was an additional week to the program for 25 students, and I was really happy to be invited. Another door opened. And it opened a lot of myself and what I really want to seek in my future. This door was a trip to Silicon Valley. We visited Stanford and Berkeley, and through those two universities, we learned about how to apply, about admissions, and we made connections.

We also visited Facebook, Google, and Eventbrite. Facebook stood out to me because they’re like a big separate city. We met a lot of software engineers and people who were willing to give their time to students from low-income communities to help them get into the tech field. I met with a software engineer who inspired me to look into being a software engineer and look into the aerospace engineering major/career.

I’m still deciding what I want to be, but through this program I developed the idea of being a software engineer. I came out with a lot of information and now I know my strengths and different managing skills.